Cult Girl Testifies She Was ‘Willing To Kill For Love’ 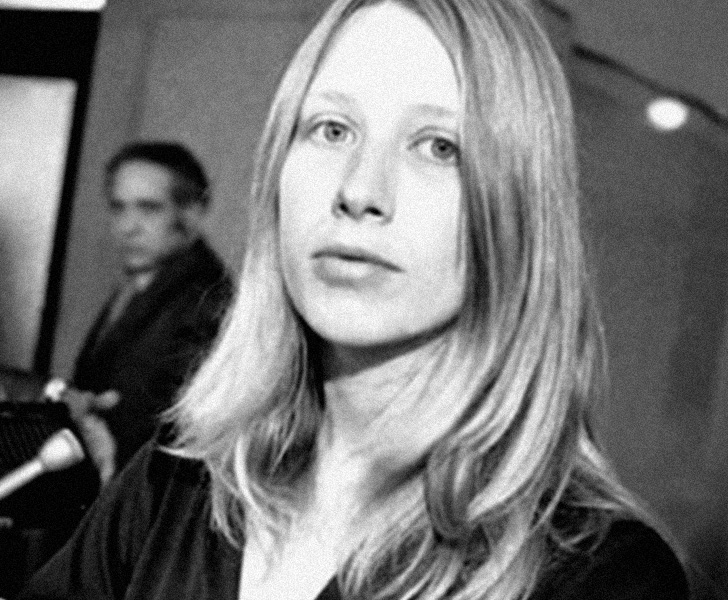 Cathy Gillies still a loyal member of the Charles Manson “family,” chats with other family members outside court today after testifying she would have helped in the Sharon Tate murders if asked. She was a witness in the penalty phase of the trial, now nearing its end.

LOS ANGELES, Mar. 15 — A member of Charles Manson’s hippie family who attempted to go along on the Tate-LaBianca murders but wasn’t needed, testified today that she was “willing to kill for my brothers and sisters” and claimed other members of the clan are still willing to do the same.

Catherine Gillies, 21, who took the witness stand during the final days of the penalty phase of the marathon trial in Los Angeles Superior Court, told the jury she would murder “out of love for my brothers and sisters.”

“I would have gone with them (on the two nights of murder), but didn’t only because they didn’t need me,” she said.

Earlier, Miss Gillies said she first heard of the murders from Patricia Krenwinkel, one of the three female defendants, while she was in Devil’s Canyon, two miles from Spahn’s Movie Ranch, with Charles Manson and his girlfriend at the time, Stephanie Schram.

“Katie didn’t say much…except that they had gone and murdered the Tates and LaBiancas,” Miss Gillies said of Miss Krenwinkel. “I didn’t ask her any questions because I didn’t want to know and wasn’t really interested.”

The night of the Tate murders, the girl testified, she was awakened by Miss Krenwinkel, who asked for some leather strips, such as were used to lie up some of the victims.

“I followed her to the car and asked if I could go along,” Miss Gillies said.

“She said they had plenty of people to do what they had to do. I didn’t know what they were going to do, and I don’t think they knew, either,” she added quickly.

Under questioning by Manson’s attorney, Irving Kanarek, the girl said she was willing at the time and is still willing to murder for members of her “family.” She claimed the murders were committed to “get a brother out of jail (Robert Beausoleil, who had been arrested for the slaying of musician Gary Hinman. Beausoleil later was convicted of first-degree murder in Hinman’s death).”

“If there was another murder similar to that one (the Hinman killing) it would be obvious the killers were still at large,” she said, denying that the prosecution theory of the motive for the murder — the instigation of a black-white race war — was the real reason.

At Hinman’s Topanga Canyon home, “political piggy” was written in blood on the walls as was the case at the Tate and LaBianca residences.

Miss Gillies, whose grandmother owned the Death Valley ranch where the family finally was apprehended, testified without the presence of Manson in the courtroom. He being disruptive, and refused to affirm that he would remain silent today.