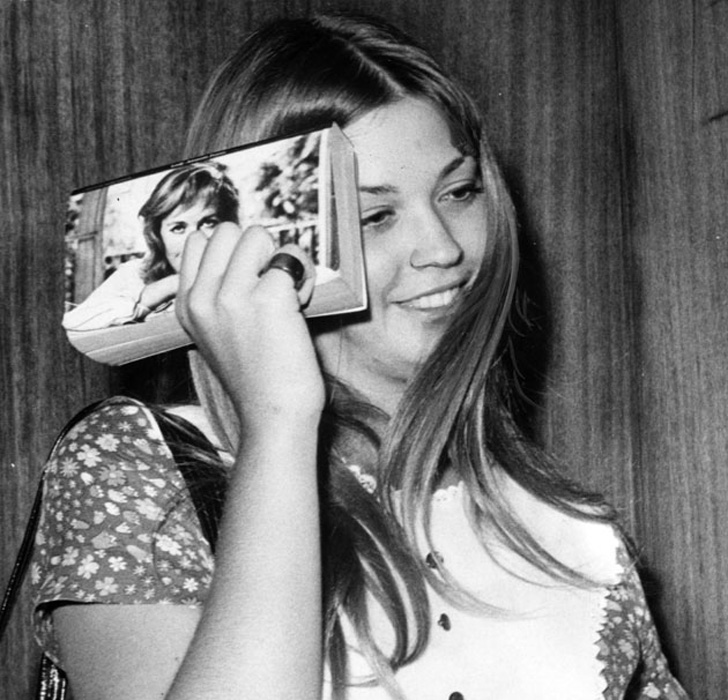 Barbara Hoyt, witness in the Steve Grogan case, hides her face from the cameras yesterday. She is appearing as a prosecution witness. Steve Grogan was 23 years old when he was arrested in connection with the LaBianca murders. He was placed on trial and found guilty.

That testimony came from Barbara Hoyt, 19-year-old former family member who was living at the Spahn ranch at the time Shea disappeared in 1969.

On the night of the alleged murder, Miss Hoyt said she heard screams. She described the screams as those of Shea whose voice she said she recognized.

They were coming from a nearby creek bed, she said.

“Were those screams of joy?” asked prosecutor Burton S. Katz.

“…They were prolonged and painful — like a horror movie — only worse,” she said.

“He (Manson) said Shorty had been buried downstream under some leaves,” Miss Hoyt testified, and asked Danny DeCarlo the following day whether lime or lye should be used to destroy traces of the body.

“Danny told him lime would preserve the body and lye would destroy it,” she said.

She said Manson had seen Shea on the day of his disappearance walking between two buildings of the ranch and told other family members that Shorty was “snooping” but “would be taken care of.”

“Charlie said Shorty was an informer and a pig,” she said.

She added that Manson objected to Shea’s marriage to a negro.

The prosecution contends that, Grogan 20, Manson and Bruce Davis, another Manson family member, killed Shea, although his body has never been found.