Posted on December 2, 1969 by cielodrive.com 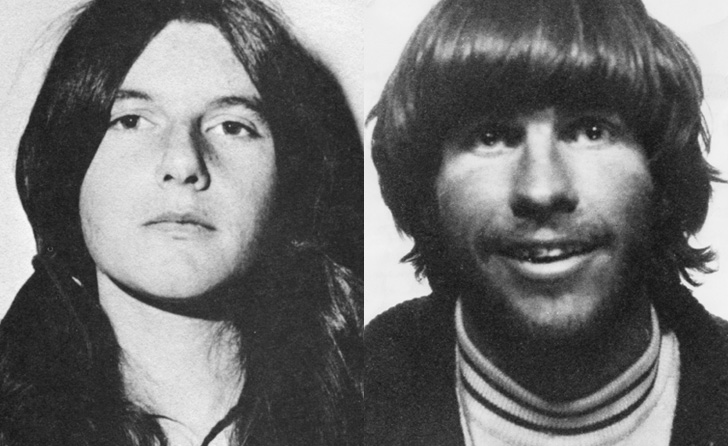 LOS ANGELES, Dec. 2 – Three young members of a pseudo-religious cult that roamed Death Valley have been identified as suspects in the bloody slayings of actress Sharon Tate and four other persons Aug. 9.

In addition, four or five other members of the group called “The Family” are expected to be named in indictments which will be sought from the Los Angeles County grand jury.

Police Chief Edward Davis told a news conference Monday the three suspects were members of a “roving band of hippies” were suspected of killing a middle-aged couple the night following the Tate murders.

Two of the suspects were in custody — Charles D. “Tex” Watson, 24, arrested Sunday night in McKinney, Tex., and Patricia Krenwinkel, 21, arrested Monday near the home of her aunt in Mobile, Ala.

The third suspect, Linda Kasabian, 19, was sought in New Mexico. Authorities said several units were cruising around hippie communes but so far none actually had been searched.

“It is anticipated that an additional four or five persons will be named in indictments which will be sought from the Los Angeles County grand jury,” Davis said.

The criminal complaints committee of the jury will be brought up to date on the case today and “we are seeking before the ninth day of December to bring additional potential suspects in before the grand jury for the culmination of the case,” Davis added.

The additional suspects were, according to Davis, in custody in Inyo County, Calif. Two months ago a sheriff’s posse rounded up 26 young men and women who were living a nomadic life of thievery. The group had a commune in the Death Valley area near the Nevada line in southeast California.

Davis also said “there may be some connection” between the group and the stabbing death of Gary Hinman, 34, in his Topanga Canyon home July 31. Robert Beausoleil, 21, allegedly a leader of the group, was arrested in connection with the slaying. A mistrial was declared in his first trial on murder charges and he will be retried in January.

Police said the words “Political Piggy” had been scrawled in blood on a wall in Hinman’s home.

Film director Roman Polanski said Monday night he would not comment on the latest developments in the murder of his wife until after the suspects are brought to trial. Miss Tate was eight months pregnant when she was murdered.

Deputies said “the family” traveled by night in stolen dune buggies, camping by day in abandoned mining shacks and posting lookouts ‘equipped with walkie-talkies. The women members of the group reportedly were nude or wore only bikini bottoms.

However, Davis said that none of the victims were involved with illicit drug traffic.

Davis confirmed the Tate murders were linked to the slayings of Leno Labianca and his wife Rosemary a day later in the nearby Silver Lake district of Los Angeles. Officers at first believed they were the work of a “copy cat” killer.

The Motive for the murders remained a mystery. Davis said none of the victims were acquainted with the suspects and “there was no economic motive apparent in the Tate case and there was a minor, if any, economic move in the Labianca case.”

Davis said the suspects apparently visited the Tate home before the murders when it was leased to a different party. The telephone wires had been cut to the house. “It had all the ear-marks of premeditation,” the chief said.