Jay Sebring was born Thomas John Kummer on October 10, 1933, in Alabama. Thomas was the fourth child of accountant Bernard Kummer and his wife Magarette. With his brother and two sisters, Thomas led a typical middle class life growing up in a suburb outside of Detroit, Michigan. After high school he joined the Navy and went overseas to serve in the Korean War; among the many skills he learned during his service, how to cut hair, would serve him well in the years to come.

After serving four years in the Navy, Kummer moved to Los Angeles and changed his name to Jay Sebring, taking the name from the famous Florida car race. In California, Sebring developed a unique style of cutting hair, which helped launch the male hair care revolution. He opened one of the first male salons in the United States and quickly made a name for himself. His client list included big Hollywood names such as Warren Beatty, Steve McQueen, and Paul Newman. At Kirk Douglas' request Sebring was hired to design a haircut for the slaves in the movie Spartacus. This added attention brought in a steady flow of contracts from different movie studios. He fit in well in Hollywood; Friends, acquaintances, and clients remembered him as being a kind, thoughtful man with sophisticated taste. He was insecure about things such as his short stature. However it was those insecurities that fueled his attention to style. Whether it was his fashionable clothes or the cars he drove; he always seemed to put time and effort into his appearance. In October of 1960 he became a husband, his wife was a model named Cami, their brief relationship came to an unofficial end when the two separated in August of 1963.

Jay received Martial Arts lessons from Bruce Lee after the two met at Ed Parker's 1964 Internationals. Sebring passed a videotape of Lee on to client-and-friend William Dozier, the producer of hit television show Batman. Dozier cast Lee to the part of Kato on the show Green Hornet and from there Bruce Lee's acting career took off. On Thanksgiving of that year Sebring attended a party thrown by the owner of the Whiskey A-Go-Go, there he met a young up incoming actress named Sharon Tate, the two hit it off quite well, almost immediately becoming inseparable. He gave her the royal treatment like only a man of his refinement could. The two did everything together, whether it was eating at the best restaurants, attending various Hollywood parties or experimenting with psychedelic drugs like LSD. Sharon's parents were quite impressed with Sebring; both seemed to agree that he treated Sharon well.

Jay had bought a home on Easton Drive in Benedict Canyon. The house had a dark history, and that was one of the reasons he bought it. It was the former home of actress Jean Harlow and MGM producer Paul Bern. On Labor Day of 1932, after just 2 months of marriage to Harlow, Bern killed himself in the house. Three more people would die at 9860 Easton Drive; one man committed suicide, another drown in the pool, and years later a maid hung herself. While staying at the house alone in 1965, Sharon was awoken in the middle of the night to see a little man by the bed, terrified she ran out of the bedroom and down the stairs. Tied to the foot of the staircase she saw the body of a man with his throat slashed. In the blink of an eye the atrocious image was gone. She fixed herself a drink and went back to bed convinced that she had seen the ghost of Paul Bern.

In March of 1965, Jay and Cami finally made their divorce official. Sebring started talking seriously with Sharon about marriage, and though she had strong feelings for him, she wasn't ready for a serious commitment.

Sharon went to London to work on the movie The Fearless Vampire Killers; it was there a romance blossomed between her and director Roman Polanski. She broke the news to Jay over the phone and he immediately rushed off determined to win her back. It was a lost cause; Sharon insisted her love for Roman was genuine. Still, Jay demanded to meet Roman just to make sure he was worthy of her. The three had dinner and by the end of the night Jay reluctantly gave his approval.

Business was booming for Sebring, not only did he have successful salons in West Hollywood, Palm Springs, and Las Vegas, but also his Hollywood connections scored him occasional acting roles. One of which, was a cameo in a Batman episode where he played the part of Mr. Oceanbring, a character based upon himself.

Sharon and Roman had gotten married in 1968; Jay had graciously watched the love-of-his-life walk away in the arms of another man. Sebring was quite the ladies man and never had a shortage of girlfriends, but everyone that knew him, knew full well that his heart was still with Sharon. He remained close with her and even became good friends with Roman. There was an intimate emotional bond between Jay and Sharon; some have even implied that Sharon was closer with Sebring than she was with Polanski. Jay gave her support throughout her troubled marriage and she confided with him her most personal feelings.

It was time for Sebring to expand his business once again. In the summer of 1969, Jay opened another salon; this one was located on Commercial Street in San Francisco. But that was just the tip of the iceberg; he had gathered partners to invest in Sebring International; a corporation that intended on releasing a line of hair-care products as well as opening a series of franchised salons.

On August 8, 1969, Jay and Sharon accompanied Wojciech Frykowski and Abigail Folger to dinner at El Coyote, a Mexican restaurant on Beverly Blvd. Afterwhich, the four returned to Sharon and Roman's rented estate on the end of Cielo Drive, Wojciech fell asleep on the living room couch while Abigail retired to her bedroom to read a book. Jay sat and talked with Sharon in her bedroom. Shortly after midnight Susan Atkins entered the room with a buck knife in hand, she instructed Sharon and Jay to come into the living room. There, Charles "Tex" Watson tied a rope around Jay's neck, looped it over the ceiling beam, and then tied it around Sharon's neck. Watson then ordered Jay, Sharon, Wojciech, and Abigail to lie on their stomachs in front of the fireplace. Sebring argued with Watson over Sharon having to be in such an uncomfortable position considering she was 8 1/2 months pregnant. Watson immediately shot Sebring, kicking him several times while he lay bleeding to death on the floor. 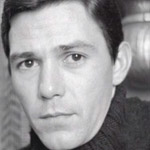 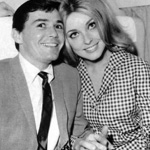 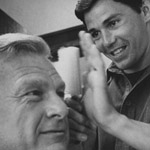 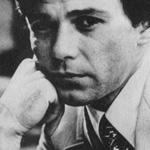 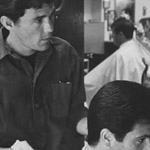 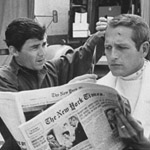 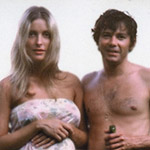 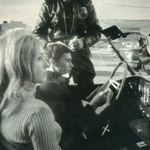