Kathryn Lutesinger was brought into the family through her boyfriend Bobby Beausoleil. At the time, she was pregnant with Beausoleil's child. Charles Manson often threatened her, because he felt she was trying to lure Beausoleil away from the family. Tired of Manson's death threats, Kathryn fled Spahn's Ranch on July 30th, 1969. She went directly to a nearby police station and reported her concerns about Manson, and then returned home to her parent's horse ranch. While she was away, Bobby Beausoleil was arrested for the murder of Gary Hinman. Kathryn constantly called Spahn's Ranch looking for Beausoleil, but no one would tell her what had happened to him. Finally, Manson told her over the phone that Bobby had been arrested, however he didn't tell her what for. Manson simply said it wasn't a big deal, and Bobby would be out in a couple of days. On August 15th, Kitty (Kathryn's nickname) called Spahn's Ranch asking for someone to come pick her up. She was apparently having problems getting along with her parents. The next day, police raided Spahn's Ranch, and Lutesinger was arrested with everyone else.

Later that summer, Lutesinger moved to Death Valley with the rest of the family. At Myers Ranch, she finally got Sadie to tell her what Beausoleil was in jail for. Sadie said it was murder, and laughed. On the night of October 9, 1969, Kitty and Stephanie Schram fled Barker Ranch. They eventually flagged down a passing police car, and asked for protection. Once again Lutesinger started voicing her concerns about Manson, and implicated Susan Atkins in the Hinman murder.

On February 11, 1970, Kitty gave birth to a baby girl, which she named Jene. During the Tate-Labianca murder trial, Lutesinger floated in-and-out of family. She was arrested in November of '71, for aiding and abetting the escape of family associate Kenneth Como, but charges were dropped due to lack of evidence. Kathryn was married in 1973. 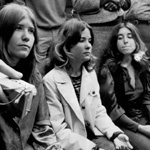 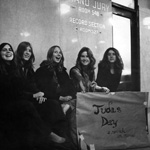 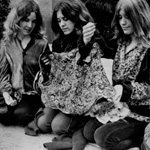 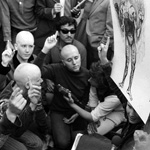