Leslie Louise Van Houten was born on August 23, 1949 in Los Angeles, California. She and her older brother grew up in a typical middle class household. Leslie's father Paul was an automotive auctioneer, and her mother Jane was a schoolteacher. After Leslie, there were two more additions; the Van Houtens adopted a young boy and girl that had been orphaned in Korea. In 1963 Leslie's parents divorced, Paul moved out and the children stayed with Jane. Meanwhile, Leslie began attending Monrovia High School, where she was twice elected homecoming queen. Like many at the time, she discovered hallucinogenic drugs, and her grades soon started to slip. She drifted away from her extracurricular activities, and shortly after, got pregnant and had an abortion.

After graduating high school in 1967, Leslie moved in with her father and began attending a business college; studying to become a legal secretary. She began gravitating towards spiritualism, and planned to live in a yogic spiritual community. In the summer of 1968, Leslie was visiting friends in San Francisco when she met Catherine Share, Bobby Beausoleil, and his wife Gail. She began traveling with them, and in September they took her to meet Charles Manson at Spahn's Movie Ranch. She returned to the ranch three weeks later, this time she didn't leave.

Like others in the family, Leslie became dedicated to Charlie. According to Van Houten, "I was absolutely intrigued and mesmerized by Manson and I believed that he was someone very special and extraordinary". Leslie went along with the others on the night of the Labianca murders because she wanted to prove herself. She was very close with, and looked up to, Patricia Krenwinkel. In Leslie's mind, if Pat was willing to murder, than so was she. At the Labianca residence, Leslie helped Patricia Krenwinkel and Charles "Tex" Watson kill Rosemary Labianca. Afterwhich, Leslie wiped the house down for fingerprints, changed clothes, and eventually hitchhiked back to Spahn's Ranch.

Leslie was arrested with the family in both the August 16, 1969 Spahn's Ranch and October 10, 1969 Barker Ranch raids. During police questioning she revealed that Susan Atkins was involved with the Gary Hinman murder; that Linda Kasabian, Susan Atkins, and Patricia were at the Tate residence on the night of the murders; and that Linda was the one that didn't kill anyone.

Leslie's behavior at the Tate/Labianca murder trial ranged from strange to uncooperative. She and the other girls sang on their way to court, and on Charlie's orders, dismissed a series of public defenders. Because she wasn't involved with the Tate murders, Leslie's lawyers tried unsuccessfully to separate her from the other defendants. She was eventually convicted of 2 counts of first-degree murder and 1 count conspiracy to commit murder and subsequently sentenced to death.

In 1972, Leslie's death sentence was commuted to life imprisonment when California briefly outlawed the death penalty. As the reality of what she had done sunk in, Leslie began having problems with eating and developed severe Anorexia. However, with time and help from meditation, she overcame her eating disorder within a few years.

Because her attorney Ronald Hughes (whom some believed was murdered by the Manson family) had disappeared in the middle of the first trial, Leslie was granted a second one. The trial started in January of 1977 and ended with a deadlocked jury in September. She had long since disassociated herself from Manson and was quite a different person from the first trial. Between her second and third trial she was out on bail for about six months, during which, she lived with a friend and worked on her case. In March of 1978 Leslie's third trial started, and this time she was convicted and sentenced to life imprisonment.

Back in prison, Leslie had a jailhouse marriage with Bill Cywin, a former prisoner that she had corresponded with. However, the marriage came to a quick end when it was found out that he was planning to break her out of prison. Through correspondence courses, Leslie received a B.A. in English Literature from Antioch University. She has been active with both Alcoholics Anonymous and Narcotics Anonymous. She briefly edited a prison newspaper and has been active with programs that teach other prisoners how to read.

Out of all the Tate/Labianca killers, it is generally believed that Leslie has the best chance of getting paroled. She has been denied parole numerous times but continues to get encouragement - or maybe false hope - from the board of prison terms.

Leslie is currently living at the California Institute for Women in Frontera. 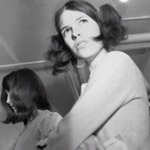 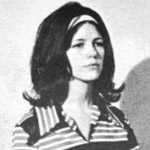 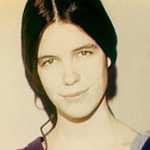 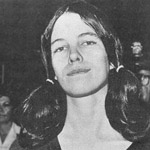 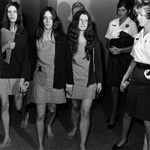 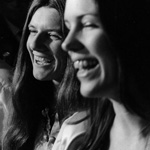 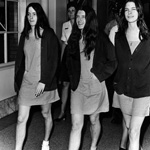 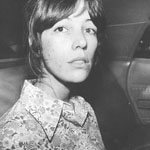 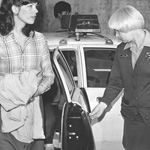