Born in Santa Monica, California, Lynette Alice Fromme grew up in Westchester, California where her father William worked as an aeronautical engineer. Lyn was the first of 3 children, was a talented, well-liked child that toured throughout the United States and Canada in a song and dance troop called the Lariats. In Junior High School Lynette was active with many after school activities. She was a member of the Athenian Honor Society as well as the Girls Athletic Club. In her drama class Lyn befriended a young Phil Hartman, who eventually gained fame on shows like Saturday Night Live, The Simpsons, & Newsradio. When her class gave out superlatives, Lynette was voted "Personality Plus".

As Lyn grew older, the relationship between her and her father grew apart. Neighbors remembered William Fromme as a tyrant-like figure, who seemed to punish Lyn for little or nothing at all. In High School, Lynette became more rebellious, using drugs and alcohol. She worked in a Canvas shop where coworkers would see Lyn burn herself with lit cigarettes, and shoot staples into her forearm with a staple gun. She briefly dated Bill Siddons, who went on to be the road manager of The Doors. However, Siddons' mother felt that Lyn was disturbed, and talked Bill into steering clear of her.

After High School, Lynette bounced around, living with different people. She eventually moved back home and enrolled at El Camino Junior College. It wasn't long before Lyn and her father were fighting again. The two got into a fight over a definition of a word, and it was the last straw for Lynette; again, she hit the road. It was at this time, that Lyn met Charles Manson on Venice Beach. Impressed by Manson, she quickly decided to leave Los Angeles to travel with Charlie and Mary Brunner

Lynette had a special spot in the family; according to Paul Watkins, no one but Charlie was allowed to sleep with Lyn. At Spahn's Ranch, Fromme spent most of her time taking care of the 80 year-old blind owner, George Spahn. Lynette would make squeak-like noises when George ran his hands up her legs, so he dubbed her "Squeaky." Lynette was arrested with the family in both the Spahn and Barker Ranch raids. During the Tate-Labianca murder trial Lyn was frequently arrested. The charges ranged from contempt of court, loitering, trespassing on county property, to attempted murder, for a LSD lanced hamburger given to Barbara Hoyt in Hawaii.

After Manson was convicted, Squeaky moved to San Francisco to be closer to San Quentin. She maintained contact with defense attorney Paul Fitzgerald, and family members in and out of jail. However, prison officials were uncomfortable about her and wouldn't permit her to see Charlie. When Lyn wasn't petitioning to see Manson, she began writing a book about the family.

In September of 1972, Lynette was arrested in connection with the murders of James and Reni Willet. Authorities soon found she wasn't involved with the murders, however they were reluctant to let her go. Finally on January 2nd 1973, all charges against Lyn were dropped, and she was released the following day. On her release Lynette was immediately arrested by LAPD. She had been accused of robbing a 7-11 convenience store in October of 1972. At the trial Lyn's accuser, a 17 year-old 7-11 employee, admitted that the robber didn't have the "X" scar on her forehead. Once again the charges weren't dropped until another woman was arrested and confessed to the crime. Freedom was bittersweet for Lyn, the Family was falling apart. Mary, Gypsy, Katie, Leslie, and Sadie all wanted nothing to do with Manson.

Later that year, Lynette moved to Sacramento with Sandra Good. The reason for the move was once again to be closer to Manson; Charlie had been moved from San Quentin to Folsom Prison. While walking in a park Fromme befriended a 64 year-old man named Harold "Manny" Boro. According to Boro's daughter-in-law, the two were lovers.

In Sacramento, Lyn and Sandy became more preoccupied with saving the environment. It was around this time that Charlie started to talk about the Order of the Rainbow, his own religion in which Lyn and Sandy would be nuns of. Each of the Manson girls was given a color; Lynette was dubbed "Red" and was given the duty of saving the Redwoods. Their Lifestyles would be very different compared to the Spahn's Ranch days. The girls weren't allowed to smoke, have sex, or watch "movies with violence that sets thoughts to death and confusion."

From their P Street apartment, Lyn and Sandy started the International People's Court of Retribution; a fictitious terrorist group that would assassinate executives and CEO's of companies that polluted the earth. The two sent out hundreds of threatening letters that claimed that there were thousands of members of the terrorist group just waiting to kill. While trying to get the local news to report the damage being done to the Redwoods from logging, Lyn was informed that the President of the United States was coming to town. On September 5, 1975, Lynette headed down to Capital Park with a loaded Colt .45 automatic pistol (borrowed from Manny Boro) strapped to her leg. When President Gerald Ford came walking down the path, Lynette pulled out her gun. Immediately Secret Service Agents wrestled Lyn to the ground, and the President escaped untouched.

At her trial, Lynette followed Charlie's example and chose to represent herself. However, her presence in the courtroom was short lived. When Lyn lectured about the Redwoods and her other environmental concerns, Judge Thomas McBride instructed Lyn to stick to things relevant to her case. As Lyn continued to talk about whales and pollution, McBride had her removed from the courtroom. Squeaky was returned to her jail cell, where she spent most of the trial, watching from closed circuit television. Later on in the case, and nearly costing a mistrial, it was discovered that U.S. Attorney Dwayne Keyes had failed to turn over some exculpatory evidence. In late November of 1975, a jury convicted Lynette of Attempted Assassination of the President of the United States of America. Upon sentencing, an angry Lynette threw an apple at Dwayne Keyes' head, afterwhich Squeaky was sentenced to Life.

Squeaky was sent away to the Alderson Federal Corrections Institute in West Virginia. She was eventually reconnected with fellow family member Sandy Good, after she was transferred to a new prison in Pleasanton, California, where Good was serving time for sending threatening letters. In March of 1979, Lynette attacked a Croatian Nationalist named Julienne Busic, imprisoned from her connection in a 1976 airline hijacking. Squeaky hit Busic in the head with the claw end of a hammer, got 15 months added to her sentence, and was sent back to Alderson. On December 23, 1987, Lyn got word that Charlie was dying of cancer, and escaped from Alderson. She was picked up 2 days later having traveled only a few miles. Squeaky then bounced around the prison system: from Lexington, Kentucky, to Marianna, Florida, and finally to the Federal Medical Center Carswell, near Fort Worth, Texas where she remained until her release on August 16, 2009. 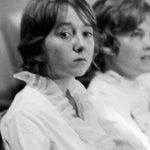 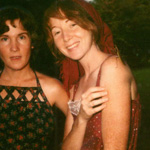 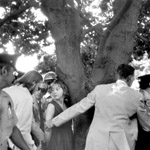 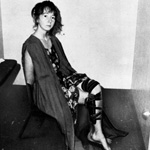 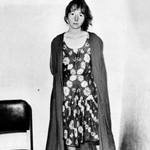 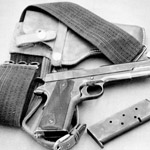 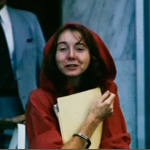 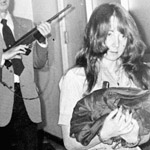 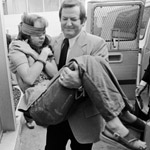 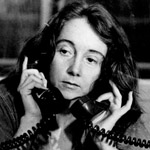 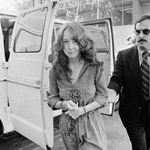 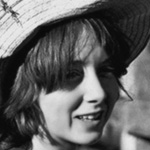 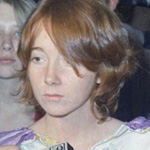