Steven Earl Parent was born in California on February 12, 1951. He lived in the Los Angeles suburb of El Monte with his a father Wilfred Elmer Parent (a construction superintendent), his mother Juanita, his younger sister Janet, and 2 younger brothers, Greg and Dale.

The six-foot carrot toped teenager attended Arroyo High School on North Cedar Avenue in El Monte. He didn't have a serious girlfriend but dated here and there. His free time was spent listening to popular folk music as well as playing the guitar. His main interest was electronics, which led to trouble with the law. Parent was arrested several times for petty theft and spent some time in a youth correctional facility, where he tested at near-genius level for electronics. According to his sister Janet, "Steve was fascinated by electronics and mechanics and he stole several radios, bringing them home and tearing them apart to understand how they worked." In June of 1969 Steven graduated from Arroyo High School. He had planned to attend Citrus Junior College in Azusa the following September. Most of his time was spent working and saving money for school. He had two jobs; by day he worked full time as a delivery boy for Valley City Plumbing Company in Rosemead. And in the evenings Parent worked as a salesman at Jonas Miller Stereo on Wilshire Boulevard.

In late July of 1969, Steve picked up 19-year-old William Garretson hitchhiking in Beverly Hills. Garretson was the caretaker of Rudi Altobelli's Cielo Drive estate in Benedict Canyon, which at the time was rented out to Roman Polanski and his wife Sharon Tate. After Parent gave Garretson a ride back to the estate the young caretaker thanked him; inviting him to stop by anytime he was in the area.

On Friday, August 8, 1969, Steve ate lunch at home and asked his mother to lay out some clothes for him, so he could make a quick-change in-between jobs. After leaving Jonas Miller Stereo, Parent stopped at Dales Market in El Monte to talk to John LeFebure, the older brother of a girl he once dated. From there he drove to Benedict Canyon, and arrived at 10050 Cielo Drive at about 11:45pm. He had hoped to sell a Sony AM-FM Digimatic clock radio to William Garretson.

As he headed up the walkway that led from the parking area to the guest house Parent could see Abigail Folger reading in her bedroom. Farther down the path he saw Sharon in her bedroom at the end of the main residence. In the guesthouse Steve demonstrated the clock radio for Garretson, but the caretaker didn't want to buy it. Parent then placed a call to Jerrold Friedman - a UCLA student he was going to build a stereo for - and hung around long enough to drink the can of beer Garretson gave him. At around 12:15am Steven Parent said good-bye to Garretson and left the guesthouse.

Steven got into his father's white 1966 AMC Ambassador and backed up into the split rail fence. He drove down the parking lot and stopped to push the button that operated the electronic gate. As Parent rolled down his window, he was met by a dark figure that shouted, "Halt!" The figure was Charles "Tex" Watson, with a .22 revolver in one hand and a buck knife in the other. Parent told Watson, "Please don't hurt me. I won't say anything." Steven raised his arm to protect his face as Tex Watson swung the knife at him, slashing Parent's watch off his wrist. Charles Watson shot Parent 4 times in rapid succession. 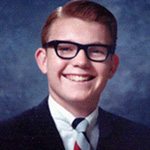 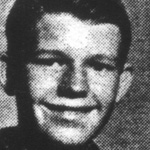 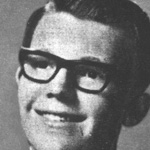 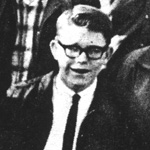