Susan Denise Atkins was born in California on May 7, 1948. Her mother was afflicted with cancer and died when Susan was still in her teens. Constantly fighting with her alcoholic father, Susan decided to hit the road; dropping out of school and moving to San Francisco. She got a job as a telemarketer for a company that sold magazine subscriptions, rented a room and soon found herself poor, lonely, and depressed. She eventually quit her telemarketing job and started waiting tables at a local coffee shop. It was there that she met a couple of escaped convicts and decided to hit the road with them. The three committed several armed robberies up the west coast, and were eventually caught in Oregon. The men were sent to prison, and Susan got probation after she served three months in jail. When she was released, she came back to San Francisco and found work as a topless dancer. It was there she danced in a show called the Witches' Sabbath organized by Church of Satan founder Anton LaVey.

After quitting her job, Susan met Charles Manson. Her experiences with him had a profound effect on her, and she decided to leave San Francisco to travel with the family to Los Angeles. When the family got fake ID's, Manson gave her the name Sadie Glutz. Tex Watson would later say, Susan was one of Charlie's biggest cheerleaders. Sadie seemed to enjoy going on the "Creepy Crawler" missions; dressed in black, family members would sneak into random houses at night, while people were sleeping. Inside they would creep around, rearrange things as well as steal.

Sadie's demands for attention often put her in conflicts with Manson. She was reportedly kicked out of the family for a while, and was often blamed for getting the family contracted with the clap. Susan was among the family members who lived in Mendocino California for a short period of time. The group was arrested after giving LSD to a group of local kids, and at their trial, they were nicknamed the "Witches of Mendocino". In October of 1968, Sadie gave birth to a baby boy, which she named Zezozecee Zadfrack. After the birth of Zadfrack, Atkins spent time recovering at the Fountain Of The World, a nearby religious retreat.

In 1969, Susan was present at both the Hinman and Tate murders. Susan, Mary Brunner, and Bobby Beausoleil, took turns smothering Gary Hinman with a pillow after Beausoleil had stabbed him twice. Weeks later, Atkins took part in the Cielo Drive murders, she stabbed Wojciech Frykowski in the legs about 4 times, and helped Charles "Tex" Watson kill Sharon Tate. On the way out of the house, she wrote "PIG" on the front door, in Tate's blood. When the family was rounded up in Death Valley, Kitty Lutesinger implicated Susan in the Hinman murder. While in jail, Susan bragged about the Tate murders to her cellmates, who later told police, and 6 family members, including Atkins, were indicted on the Tate-Labianca murders.

In December, Susan went before a Los Angeles Grand Jury and told all. In the beginning, she was going to be the prosecution's star witness, hoping to avoid the death penalty. But before the trial started, Susan took back everything she told the Grand Jury and renewed her loyalty to Manson. After a nine-month trial, Susan was convicted of seven counts of First Degree Murder and one count Conspiracy To Commit Murder. In March of 1971, she and her co-defendants were sentenced to death.

Susan was sent off to the California Institute for Women, where both Leslie Van Houten and Patricia Krenwinkel shunned her for snitching on the family. Meanwhile, a doctor adopted Susan's son Zezozecee Zadfrack, whose name was changed to Paul. In the mid 70's, family member Bruce Davis turned Susan on to Jesus. Atkins claimed that Jesus came into her cell, and she became born-again. In 1977, the year before her first parole hearing, Susan wrote an autobiography with Bob Slosser called Child of Satan, Child of God. Since her incarceration in 1971, Susan has only received four minor write-ups. In 1981, she married a Texan named Donald Lee Laisure. She had corresponded with Laisure for years, but he had lied to her the whole time. Laisure, who had previously been married 35 times, claimed to be a millionaire, which he wasn't. When Susan found out, three months after their marriage, she filed for divorced. She married again in 1987, this time to a man named James W. Whitehouse (a law student fifteen years her junior).

Throughout the years, Susan has kept herself busy with her own prison ministry as well as completing an Associates degree through correspondence courses. In March of 2008 Susan was diagnosed with brain cancer and requested a "compassionate release" but was denied by the California Board of Parole Hearings. She passed away on September 24, 2009. 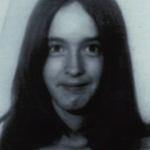 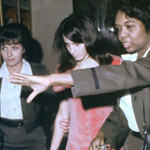 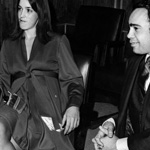 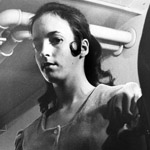 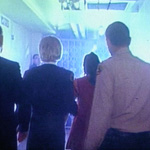 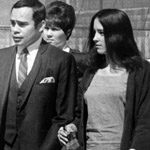 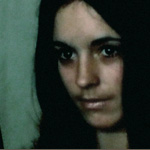 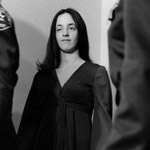 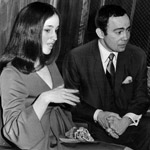 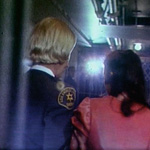 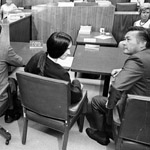 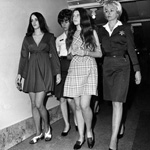