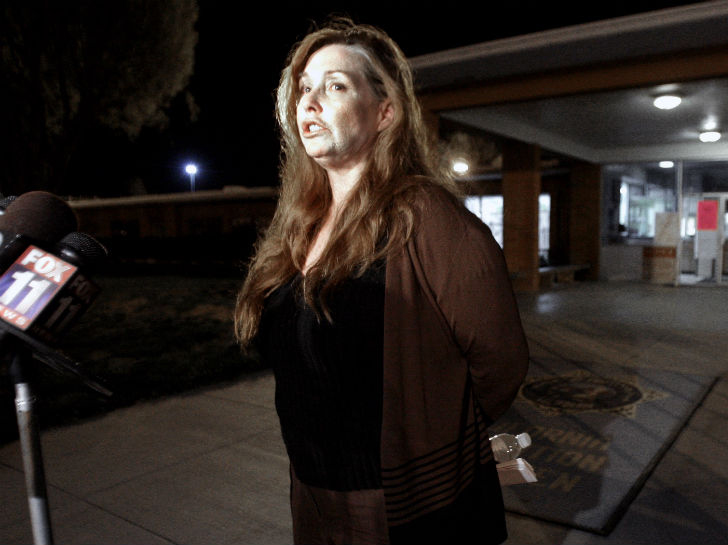 May. 5 – A Los Angeles County Judge, yesterday ordered the District Attorney’s office to show cause why Leslie Van Houten shouldn’t be allowed a hearing in the Superior Court to create a record, documenting evidence of her immaturity at the time of the LaBianca murders.

A series of high court decisions over the past decade have highlighted the psychological differences between juveniles and adults, leading to several changes on how the two groups are handled, in terms of sentencing and parole. The courts have acknowledged that juveniles lack maturity and have an underdeveloped sense of responsibility, leading them to implusivity and reckless behavior. Juveniles are more vulnerable to negative outside influences and also lack strong character traits, therefore their actions are less indicative of who they are, or will become, later in life.

In response to this, California adapted youthful offender parole hearings with the passage of a senate bill in 2013. Inmates whose commitment offense occurred before the age of 18 and had served 15 to 25 years of their sentence, would be given parole hearings in which the board would have to put great weight on diminished culpability of juveniles and contrast it to any evidence of growth and maturity that has occurred since.

In October of 2015, the youthful offender parole program was expanded to inmates that had committed their crime before the age of 23, thus making Van Houten eligible.

In January, Van Houten’s attorney, Richard Pfeiffer requested a hearing to be held in Los Angeles County Superior Court, pursuant to People V. Franklin. The purpose of the Franklin hearing is to establish a record of mitigating evidence of Van Houten’s youth at the time of the offense. This record will assist the Board of Parole Hearings, Governor’s office and the Courts, by giving them a formal profile of Van Houten’s state of mind when she was involved with the Manson family.

Pfeiffer has submitted to the court a recent psychological evaluation of Van Houten and he has indicated he plans to subpoena the Tex Watson tapes.

The Watson tapes are the earliest known documented account of the Tate-LaBianca murders. Recorded before any codefendant account had been made public, the Watson tapes provide an uninfluenced look into the two nights of murder which he led. Watson’s account, more than any other account to date, can provide the greatest clarity on the murders and months leading up to them. The tapes will also provide insight into the influence on Van Houten, both at Spahn Ranch and at the LaBianca residence during the murders.

On Monday, Pfeiffer filed a motion with the Board of Parole Hearings to disqualify the entire Los Angeles County District Attorney’s office from participating in Van Houten’s upcoming parole hearing in September. The motion, charges that the office holds a bias against his client and is unable to exercise its function in an evenhanded manner. The motion largely focused on the District Attorney’s refusal to turn over the Tex Watson tapes despite the office conceding the tapes were exculpatory.

If the District Attorney refuses to turn the tapes over for the Franklin hearing, Pfeiffer has indicated he will file a motion to exclude their office from it as well.

Yesterday, Los Angeles Superior Court Judge Sam Ohta gave the District Attorney’s office 30 days to respond as to why Van Houten’s request for a Franklin hearing should not be granted, and whether or not, she has already had adequate opportunity to make such a record.

May. 1 – Leslie Van Houten’s attorney, Rich Pfeiffer, has filed a motion to disqualify the entire Los Angeles County District Attorney’s Office from participating in Van Houten’s upcoming parole hearing, charging that the office is biased against his client and unable to exercise its function in an evenhanded manner.

According to Pfeiffer, the entire office has worked as a whole to mislead the California Supreme Court, the Board of Parole Hearings and the Governor, and that Jackie Lacey’s involvement has been direct. In the 11-page filing, Pfeiffer states that the District Attorney’s Office continues to withhold exculpatory evidence, in the the Tex Watson tapes and that the office misrepresents facts related to his client because of the existence of a conflict of interest.

Pfeffer has requested the District Attorney’s Office be disqualified and the hearing be handled by the Attorney General. “The [District Attorney’s] Office has an unfair advantage of knowing the contents of the tapes that is has conceded are exculpatory,” wrote Pfeiffer.

In a separate filing, Pfeiffer has requested members of Leno LaBianca’s extended family, as well as Debra Tate, also be disqualified from taking part in the hearing. Leno LaBianca’s nieces and nephews have regularly attended Van Houten’s hearings for nearly two decades now. But according to Pfeiffer, nieces and nephews do not qualify as next-of-kin and therefore shouldn’t be allowed to take part in the hearing.