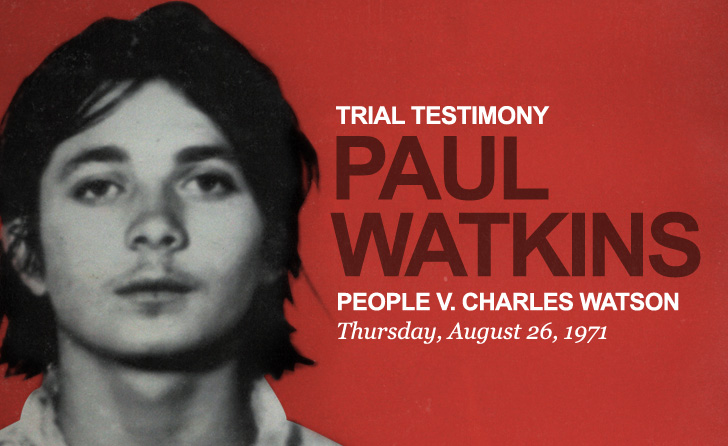 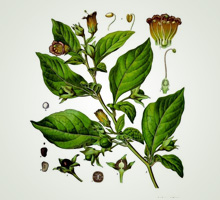 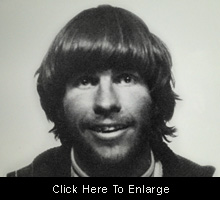 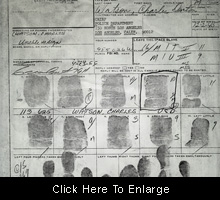 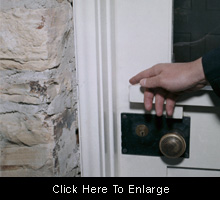 Dec. 12 – On Thursday, August 26, 1971, former Manson family member, Paul Watkins, was called to testify as a prosecution witness in the murder trial of Charles “Tex” Watson.

On the witness stand, Watkins discussed Charles Manson’s philosophies, drug use, women’s roles within the family and his impressions of Charles “Tex” Watson.

Watkins’ testimony on the family’s use of Belladonna, indirectly provided the back story to the one piece of physical evidence that connected Charles “Tex” Watson to the August 9, 1969 murder of Sharon Tate and four others.

Belladonna, one of the most poisonous plants in the United States, was sometimes used as a recreational drug because of its strong hallucinogenic effects.

“People call LSD a hallucinogen but it is not anywhere near as hallucinogenic as belladonna,” Watkins told the courtroom. “I mean, you hallucinate so strongly that you completely lose touch with what you would call reality. In other words, if I were on belladonna now, I wouldn’t necessarily have to be seeing all these people in this courtroom and all you. I may just be seeing some plum trees and the ocean and in another reality.”

Watkins, who became familiar with Belladonna in his mid teens while on a Hopi Indian reservation, had seen the plant growing in the hills around Spahn Ranch.

“[Charlie Manson and I] were driving through the hills and we met some guy that kicked us off his land,” said Watkins. “So [Manson] said he wanted to poison him and asked me if I knew any poisons and so I said, ‘Yeah.’”

At Manson’s request, Watkins dug up some Belladonna roots and began brewing them into a tea, making about a gallon.

A month before Watkins testified, Tex Watson was examined by Dr. Kenneth Grosvenor Bailey at the request of Judge Adolph Alexander. During the interview, Watson told Dr. Bailey about his experience with Belladonna.

“I was at the ranch and a girl named Brenda [McCann] cooked some Belladonna roots that Paul knew about and found growing wild at Spahn’s ranch,” Tex told Dr. Bailey. “He pulled it up, she cooked it and I walked into the kitchen enroute to the motorcycle shop.”

According to Paul, Tex took a chunk of the root – which look like yams – and told them he was going to hitchhike down the road to go pick up his motorcycle. Watkins told the courtroom he watched Tex leave the ranch chewing the root and didn’t see him again until three days later, when Watson returned with his face bruised up.

Tex told Dr. Bailey what had happened after he left the ranch that day.

“I was hitchhiking and nearly crawling on my knees, and my mouth was foaming cotton, my body was sort of red and I fell down three or four times before I got the cycle cranked up and then I couldn’t stand,” recounted Tex. “The last thing I remember was blaring down the road in the daytime…and the next thing I remember, the police were dragging me out of some car..in the valley. I was in Van Nuys Jail the next morning.”

Tex was arrested for public intoxication. He was fingerprinted, but unable to sign his name, as noted on the print sheet. His wild-eyed mugshot showed him grinning and making faces. Hallucinating and unable to talk, Tex’s unstable behavior began bothering his cellmates.

“Three guys in the cell jumped me and beat me up,” remembered Tex. “They said I was very strong; they took me to the hospital to have my right eyebrow sewed up.”

Tex Watson was released the following day. But the minor arrest proved to be significant seven months later, when on November 30, 1969, the Latent Prints Section of LAPD matched up Tex’s right ring fingerprint to the print found on the front door of the Tate residence.