Tate Case Victim ‘on a Trip’ 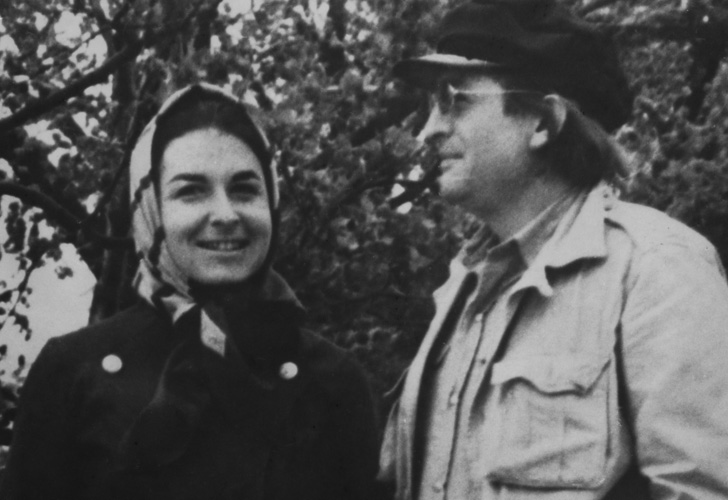 HEIRESS AND FROKOWSKY: Abigail Folger and Voityck Frokowsky are pictured in New York last year in this snapshot taken by a friend. Frokowsky’s mother has told newsmen he loved Miss Folger but wouldn’t marry her “because she was rich”

LOS ANGELES, Aug. 22 – Voityck Frokowsky, slain with four other persons at the estate of actress Sharon Tate, was experimenting with the hallucinogenic drug mescaline when he was murdered, a close friend believes.

Thomas Michael Harrigan said he saw Frokowsky the day before the macabre murders and the Polish émigré told him he was on the fifth day of an eight day mescaline trip.

Mescaline produces hallucinations similar to the more potent LSD and occurs naturally in the cactus buttons chewed by some American and Mexican Indians in tribal religious rites.

Harrigan said Jay Sebring, who the next night would be one of the five slain, was sitting in a chair with his head tilted to one side, “as though he were watching a movie only he could see.”

He said Miss Tate was not high and seemed unaware of the condition of Frokowsky and Sebring, “as though there was nothing out of the ordinary.”

HARRIGAN surrendered to police Monday after he learned authorities were searching for him in his native Canada. He told detectives he was in Manhattan Beach, 25 miles from the murder scene, the night of the slayings. After questioning, he was released.

He was too far gone on the trip.

Harrigan first met Frokowsky in June, 1968, and he had gone to the Tate home Aug. 7 to invite him to a party on Saturday. But he did not give the Pole the address. “He was too far gone on the trip. He’d never have been able to understand the directions.”

Frokowsky lived at the Tate home with coffee heiress Abigail “Gibby” Folger,” another victim, while the actress was in Europe, and they stayed on after she returned to Hollywood to await the birth of her child.

Frokowsky was considered by some observers to have been the principal target of the killer or killers. Friends said he was involved with the illicit drug trade and the speculation was the slayings were somehow related to narcotics.