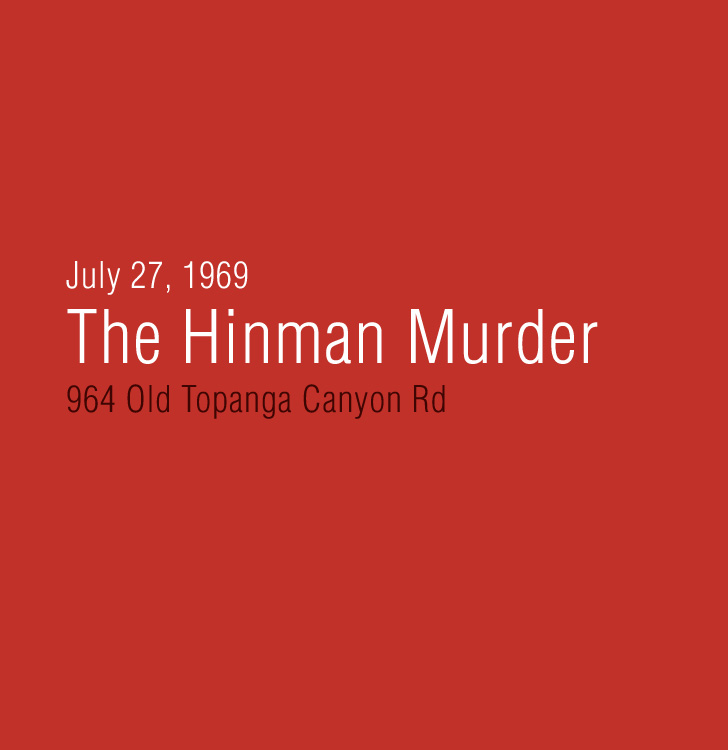 Gary Hinman was held hostage in his own home, the weekend of July 25th, 1969, by Bobby Beausoleil, Susan Atkins, and Mary Brunner, when he refused to give the group money they thought he had. The weekend included a brief visit from Charles Manson that began with Manson slashing Hinman across the face with a sword. Finally on Sunday evening, after Hinman signed over the pink slips to his two cars, Beausoleil stabbed him twice in the heart.