For the first time in 30 years, Charles Manson is represented by an attorney at a parole hearing. Manson will not be eligible for parole until he is 92.

At the 1981 hearing, state-appointed attorney Glen DeRonde argued from Manson’s release from solitary confinement, not for his parole.

“Perhaps he would be more rational in this world if he had not been locked up for 12 years in the nut ward,” said DeRonde.

Manson, has now skipped three consecutive hearings, with his last appearance to one 15 years ago in 1997.

The following year, the California supreme court outlawed the death penalty, claiming it unconstitutional. Charlie’s sentence was commuted to life imprisonment, making him eligible for parole in 1978. He is currently serving 9 concurrent life terms.

The Board of Prison Terms unanimously denied Manson’s parole for 15 years.

The next parole hearing for a Manson family member will be in mid June when Bruce Davis will go before the board for the 27th time. Unlike Manson, Davis has a good chance at getting paroled. At his last hearing in January of 2010 the Board of Prison Terms recommended Davis for parole. However, then governor Arnold Schwarzenegger rejected the recommendation saying, “I believe his release would pose an unreasonable risk of danger to society at this time.”

Bruce Davis was convicted and sentenced to life imprisonment for the murders of Gary Hinman and Donald “Shorty” Shea. In prison he became a born-again Christian and helped other imprisoned family members do the same.

What will stand in Davis’ way if the Board of Prison Terms again recommends him for parole? According to an AP report in February, current California Governor Jerry Brown has allowed about 80 percent of decisions by the parole board to free convicted killers. Former Governor Schwarzenegger had allowed only 25 percent while former Governor Gray Davis allowed just 2 percent to walk free. 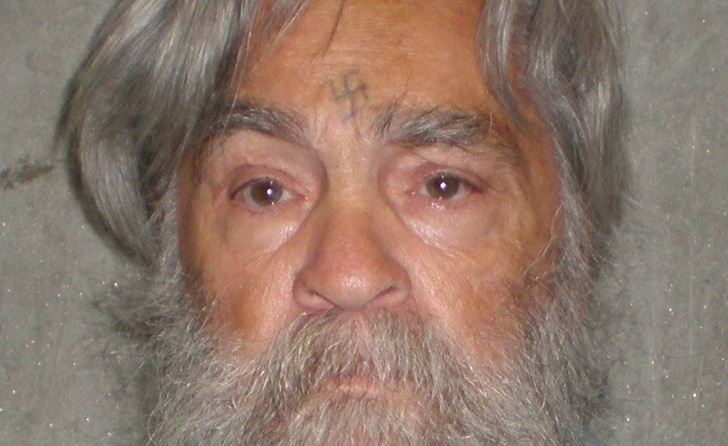 With Charles Manson’s 12th and possibly his last parole hearing just days away, we take a look back at his 33 years of parole eligibility.

Corcoran, Calif. – The California board of prison terms will hold a parole hearing for Charles Manson in Corcoran State Prison Wednesday. The parole hearing will be Manson’s 12th, even though he’s only attended 6 of his prior 11.

The following year, the California supreme court outlawed the death penalty, claiming it cruel and unusual punishment. Charlie’s sentence was commuted to life imprisonment, making him eligible for parole in 1978.

His first parole hearing was held on Thursday, November 16th, 1978 at the California Medical Facilty in Vacaville. During the three hour hearing, Manson continued to deny ordering the murders. “If I wanted anyone killed. I’d kill them myself. But I don’t want anyone killed because I love my own life,” Manson told the three member panel.

When asked about his plans if paroled, Manson said, “My plan would be to go to the wilderness and live off the land. I’d go to the desert and talk to the animals. I couldn’t make it running by the watch and making that car payment. My ways are simple.”

After the recess the board chairman returned the decision, telling Manson “You are not suitable for parole.”

“I agree,” said Manson, “I’m totally unsuitable for that world out there. I don’t fit in at all.”

Manson refused to attend his second hearing held on Tuesday, November 27th, 1979. Instead he had a prison guard deliver a 7 page handwritten letter, $200 in monopoly money and a CHANCE card that read, “Advance to Go, Collect $200.”

In the letter, Manson stated, “I break no law. I didn’t get my rights to start with. I talked to your board once and have been treated as a fool since then. The truth is you are a bunch of liars.”

According to his psychiatric report, Manson was described as a “schizophrenic in remission with sporadic psychotic episodes.”

Although his discipline record indicated he had been found with bits of razor blades and metal in his cell, a prison spokesman said Charlie had “been really pretty mellow,” and spent most of his time weaving, writing letters, watching television, reading the newspaper and playing the guitar.

Manson did attend his third hearing on Tuesday, November 4th, 1980. When the board made suggestions on how he could improve himself for his next hearing, Manson responded: “I’m not going to do that…I’ll stay here forever…I’ve got that long.”

For his fourth hearing in November of 1981, Charlie came dressed in a skull and crossed bones t-shirt. During the 4 hour hearing, Manson’s attorney, Glen DeRonde argued not for Charlie’s parole, but for his release from solitary confinement.

“I’m not ready for parole,” Manson told the board. “I could have saved you all this time.”

“By the time I get out, I’ll parole to space,” said Manson.

Manson refused to attend his fifth hearing, which was held on Wednesday, December 2nd, 1982. Deputy District Attorney Stephen Kay told the board, “Charles Manson believes he can do anything he wants whenever he wants.”

“I’ve no doubt that if he (Manson) were let out he’d be leading other people to commit murders again,” said Kay.

Manson’s psychiatric report recommended Charlie be removed from the psych ward because he was just a “psychiatric curiosity or oddity.”

“You have recited a long list of misinformation, and I can’t respond to all of it,” Charlie said. “I’ve been playing doctors like pianos since 1950.”

Kay also spoke about Manson’s discipline record, listing off 42 infractions which included possession of hacksaw blades and spitting at guards.

Charlie’s seventh hearing held on Wednesday, February 8th, 1989, lasted about an hour. Manson refused to attend after the warden wouldn’t allow him to appear before the panel without his handcuffs and waist chain.

“You say in your minds that I’m guilty of everything that you’ve got on paper. So therefore, it would run logic that I would need to have remorse for what you think is reality, and if that be true, then all the oceans’ contents, if it were my tears, there would not be enough to express the remorse that I have for the sadness of that world that you people live in.”

Deputy District Attorney Stephen Kay read from a board report that quoted Manson saying he had, “no plans for the future, that he was not interested in paroling and that he would be lost in our society.”

“Well, I can tell Mr. Manson that our society feels the same way about him,” responded Kay. “We don’t want him back.”

Two years earlier, California passed a law that increased the amount of years a parole board could deny an inmate. Changing the maximum denial from three to five years.

When asked where he’d go if paroled, Manson replied he’d go “poof” with a grin on his face.

Charlie’s tenth hearing was held on Wednesday, April 24th, 2002. It was the first hearing for Manson that anyone from the Tate family attended.

“I would like to give him a piece of my mind,” said Debra Tate, Sharon’s younger sister.

Tate would not get the chance. Once again Charlie refused to attend because he didn’t want to be handcuffed.

A review of his prison record showed Manson had 17 “serious” infractions since his last parole hearing five years earlier.

The infractions included threatening staff and possession of a weapon.

Manson’s most recent parole hearing was held at Corcoran on Wednesday, May 23th, 2007. It was Charlie’s first hearing without District Attorney Stephen Kay representing Los Angeles County. Kay had stepped down in 2004 and in his place was prosecutor Patrick Sequeira

Although Manson wasn’t in attendance the board reviewed his file. Charlie had added twelve more infractions since the 2002 hearing. He didn’t participate in any rehab programs or take a psychiatric evaluation.

Given his history of denials combined with his age, it is possible that Wednesday’s hearing will be Charlie’s last.