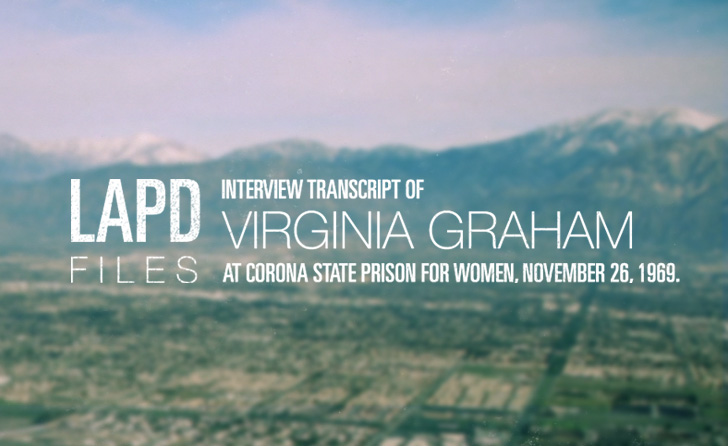 Jan. 28 – On Wednesday, November 26, 1969, the Homicide division of LAPD received a phone call from prison officials in Corona, after an inmate, Virginia Graham, had informed them she had information about the Tate murders.

Graham, who had been recently transferred from the Sybil Brand Institute, told authorities that her former dorm mate, Sadie Glutz, had told her she was among a group of people who had committed the Tate-LaBianca murders. In response, LAPD sent Sergeant Michael Nielsen, one of the homicide detectives investigating the LaBianca murders.