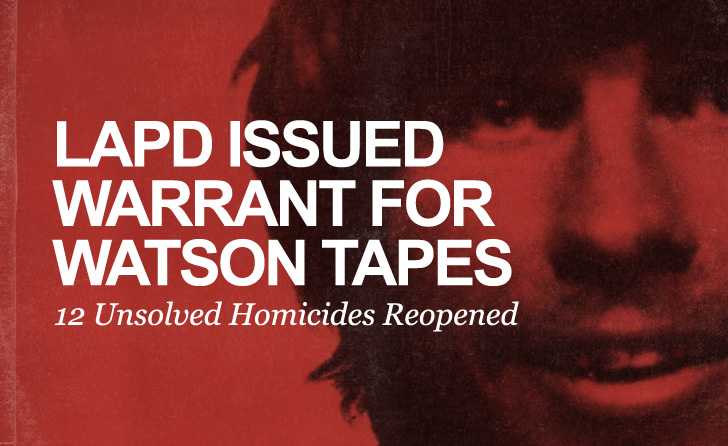 Dallas, Tex., Oct. 19 – The Los Angeles Times and AP are reporting that the LAPD issued a search warrant in attempt to take possession of the Boyd/Watson tapes.

From the LA Times…

The Los Angeles Police Department disclosed Thursday that it has open investigations on a dozen unsolved homicides that occurred near places where the Manson family operated during its slew of murders four decades ago.

The Police Department made the revelation amid a legal battle to obtain hours of audio tapes recorded in 1969 between Charles Manson follower Charles “Tex” Watson and his attorney. The LAPD has said detectives believe tapes could shed more light on the activities of Manson’s group.

Watson has been fighting to limit the LAPD’s access to the tapes. This month, a federal judge in Texas granted an emergency order preventing the police from executing a search warrant at an office where the tapes are kept.

Read the full story at the LA Times

One Response to LAPD Issued Warrant For Watson Tapes