Gary Allen Hinman was born in Colorado on the Christmas Eve of 1934. He graduated school with a degree in chemistry, but continued at UCLA where he was near receiving his Ph.D. in Sociology. He was remembered as having a kind, gentle soul, and for being an intellect. Gary's house in Topanga Canyon was a regular crash pad for anyone needing a place to stay. He befriended the Manson family; often letting various members live at his home. Hinman was a talented musician; he worked at a music shop teaching the bagpipes, piano, trombone, and the drums. Sometime in 1968 he became interested in Nichiren Shoshu Buddhism. In the summer of 1969 Gary was planning a religious pilgrimage to Japan.

On July 25, 1969, Manson family members Bobby Beausoleil, Susan Atkins, and Mary Brunner paid Gary a visit. Manson was under the impression that Hinman had money in stocks and bonds, and that Gary had owned his house and cars. He sent the group to Hinman's house to convince Gary to join the family, which included turning over his assets. According to Beausoleil, the group visited Hinman because Gary had sold him some bad mescaline and Bobby wanted his money back. Whatever the motive was, the conflict lasted 3 days. During which, Charles Manson and Bruce Davis stopped by. As soon as he arrived, Manson raised a sword and quickly struck Hinman in the head, slicing Gary's left ear and face. Hinman asked Manson why they were doing this and requested him to take the others and leave. Manson and Davis immediately left in one of Hinman's cars while the others stayed behind. Mary and Susan stitched up his ear with dental floss while Gary, who didn't believe in violence, just kept on asking them to leave. It all ended on the 27th when Beausoleil finally killed Hinman, stabbing him in the chest twice. Bobby, Susan, and Mary took turns holding a pillow over his face. Beausoleil then wrote "POLITICAL PIGGY" and drew a paw print on the wall in Hinman's blood in an attempt to make authorities think the Black Panthers committed the murder. Gary died on the floor with his prayer beads in hand, chanting "Nam Myo Ho Renge Kyo Nam Myo Ho Renge Kyo", the chant of his faith. 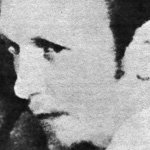 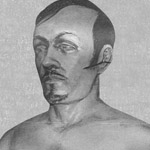