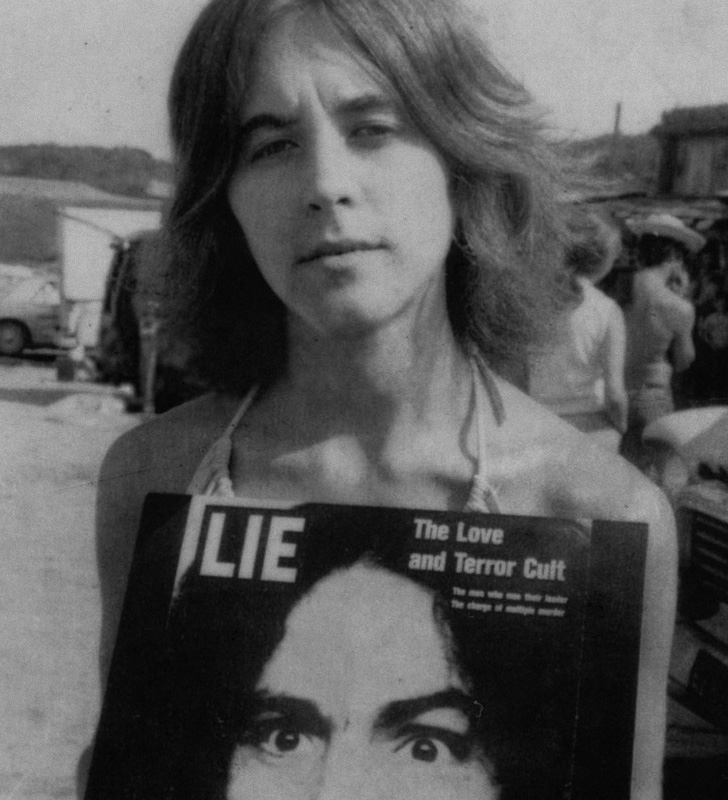 CHATSWORTH, Calif., Mar. 8 – Four disciples or Charles Manson sat on a dilapidated porch at Spahn Ranch Saturday and crooned a song their cult leader wrote in jail while awaiting trial in the actress Sharon Tate murders.

The song, “I’ll Never Say Never To Always,” is from an album “The Manson Family” released in a fund-raising effort for Manson’s legal defense.

Manson wrote all the songs in the album and recorded some of them prior to his arrest. Others are sung by members of his so-called family who are not in jail.

“If Charlie has anything to say, he says it in his music,” explained Brenda McCann, 19, digging her bare toes into the dust. “The album is Charlie’s only voice. It’s his best defense.”

Miss McCann said nearly all copies of the album have already been sold to persons who wrote for them. More copies are being pressed but are not available in record stores, she said.

“They wouldn’t touch it. The only way you can get the album is to write to Joint Venture, P.O. Box 117, Hollywood,” she said.

The jacket on the album features a doctored Life magazine cover with Manson’s picture on it. The “F” in life was was removed to make it read, “LIE.”: On the back of the jacket there is printed an interview with Manson and a letter written by Miss McCann, explaining how the family met.

“Charlie was in love with all of us before he even met us. We’re all in love so why choose one when there’s only one,” the material on the jacket reads.

Manson received a court appointed attorney Friday after Superior Court Judge William B. Keene ruled “outlandish” motions filed by Manson filed indicating he was incapable of acting as his own attorney.

“The judge won’t let Charlie speak as a man on a man-to-man basis,” Miss McCann said. “It will all come out in the trial. He’s here in spirit. They may think they have him locked up but you can’t lock up love.”

The Spahn Ranch, used often as a location for Western movies, is where Manson and his followers lived when Miss Tate and four of her friends were killed last August. On the following night food market owner Leno LaBianca and his wife were killed. Manson has been indicted as mastermind of the slayings.

Manson and his followers later moved to Death Valley where they were first arrested on auto theft charges. One of his followers, Susan Atkins, testified before a Grand Jury and murder indictments were returned against Manson and five others.