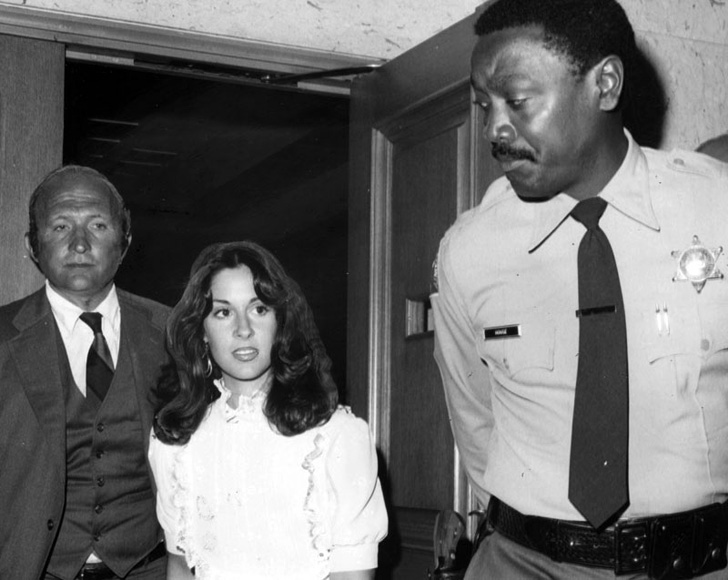 LOS ANGELES, Aug. 24 — Actress Deana Martin, 22-year-old daughter of actor Dean Martin, was a state witness yesterday in the trial of Charles “Tex” Watson, 25, for the seven Tate-LaBianca murders. She was followed on the witness stand by Terrence Melcher, a recording executive and son of actress Doris Day.

Their testimony was to support the prosecution’s contention that Watson was familiar with actress Sharon Tate’s mansion months before the August 1969 murders.

Miss Martin, wearing a billowing, floor-length cotton frock, recalled that in July or October 1968 she and Melcher attended a party at the home of Dennis Wilson, a drummer with the Beach Boys, a recording group.

About dusk, she said, the party moved to the home then occupied by Melcher — the same residence which, under lease to Roman Polanski, was to be the setting for the slaying of Polanski’s wife and the others.

“I can’t be sure,” Miss Martin replied.

Bugliosi then showed her a photograph of Watson taken shortly after his arrest.

“Was Mr. Watson at that party you described?” Bugliosi said.

Under further examination, Miss Martin said she remembered that Watson’s hair was longer at that time and that he was thinner now.

Miss Martin said she had known “two Charlies — Charles Manson and the other, just as Charlie.”

Manson, leader of a hippie cult, and three of his women followers have been convicted of first-degree murder and sentenced to death for the same homicides for which Watson is now being tried.

She said she particularly remembered Manson for the way he and a girl friend “put down” her escort at the Wilson home in the summer of 1968.

“I didn’t like the things Manson and his girl were saying,” she testified, and added she had advised her escort to leave and they did.

Melcher testified he met Watson in December 1968 at Wilson’s home and at his own home a number of times.

“He was a friend of Wilson and Gregg Jakobson, who worked for me as a talent scout,” said Melcher, “and he was always tagging around with them when they came to see me.”