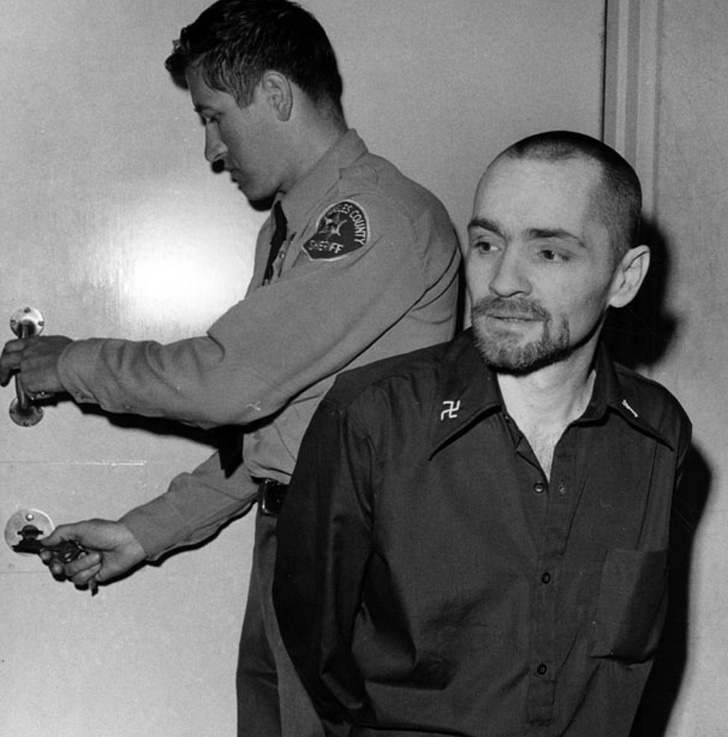 LOS ANGELES, Jun. 24 — A prospective juror in the second murder trial of Charles Manson was excused Wednesday when he traded verbal insults with the cult leader and made an obscene gesture. The incident occurred as jury selection began in the courtroom of Superior Court Judge Raymond Choate where Manson is being tried alone for the 1969 slayings of musician Gary Hinman and Ranchhand Donald Shea.

During the morning session, Manson, 36, wore a black shirt with white swastika-like insignias embroidered on the collar tips.

Prospective juror Irvin Solomon, an aerospace industry employe, told Choate during the afternoon session he was biased against Manson because of the insignias.

Choate noted Manson had changed shirts at the noon recess and was wearing a plain white one in the afternoon.

“Maybe he has seen the light,” Solomon commented.

“I am the light, you fool,” Manson shouted.

Solomon at that point made the obscene gesture toward Manson in full view of the crowded courtroom. He was excused.