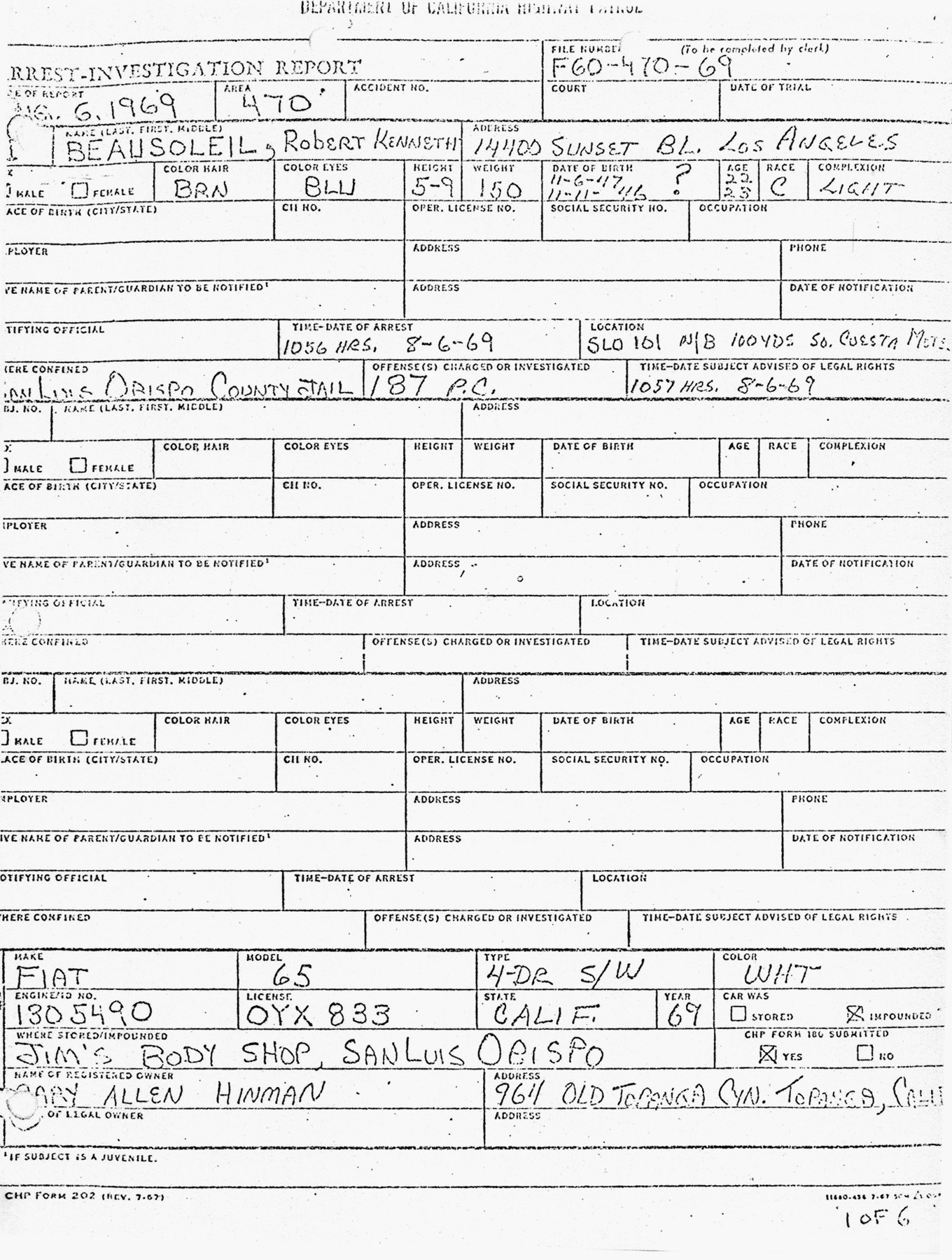 EVIDENCE:
When Subj.#1 (Beausoleil) was asked for his Drivers Lic. by the investigation officer he produced from his wallet along with the owners certificate and the registration card a Union Oil credit card #508 30 512 belonging to Sheryl A. McAdams. Subj.#1 (Beausoleil) said the credit card belonged to a friend. Veh.#1 was closed up and stored with none of the contents disturbed. All of Subj.#1 (Beausoleil) clothes and personal belongings on his person were stored at the San Luis Obispo Sheriff's Office

RECOMMENDATIONS:
Case be turned over to Los Angeles Sheriff's Office for further investigation and possible prosecution

This is a final report. 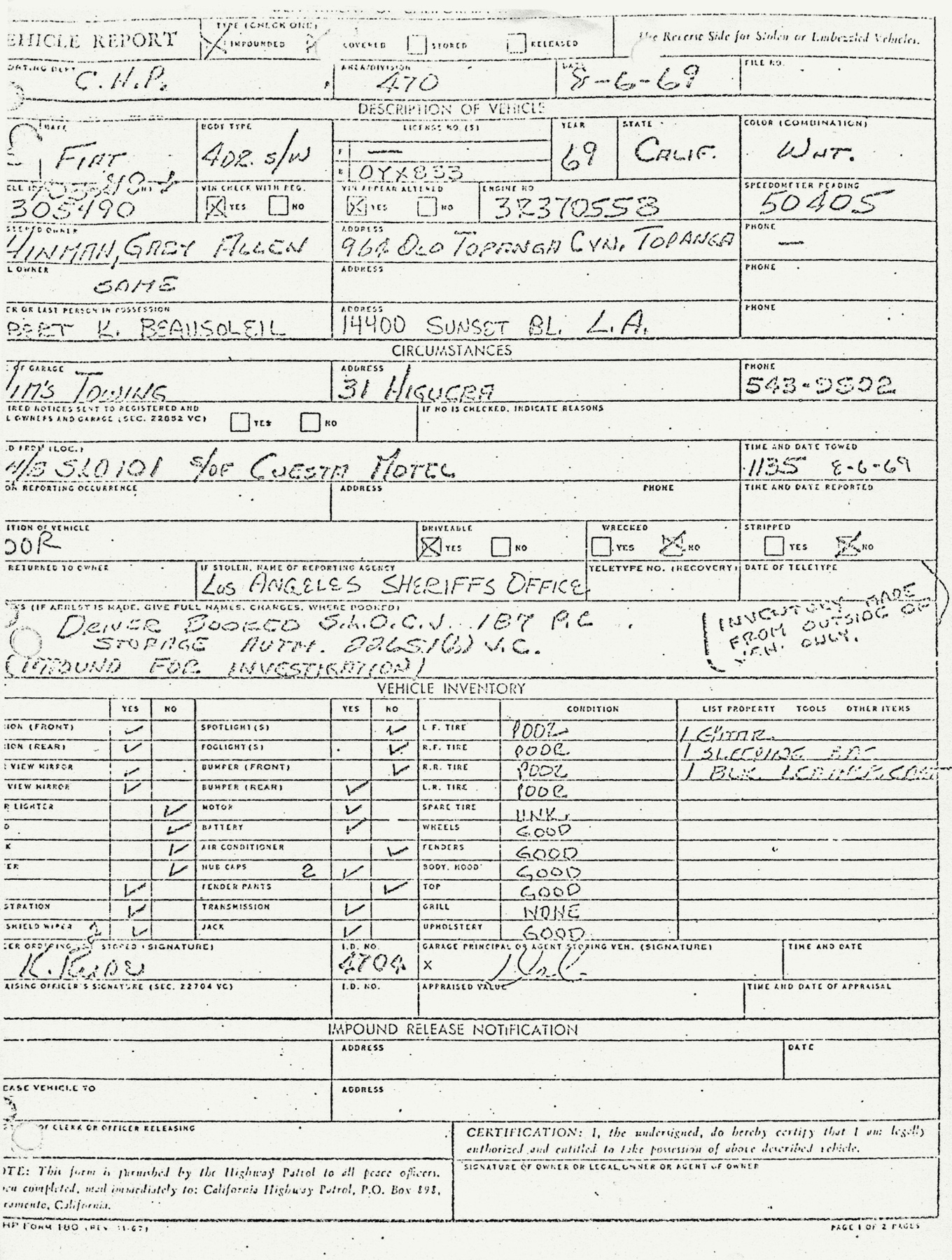 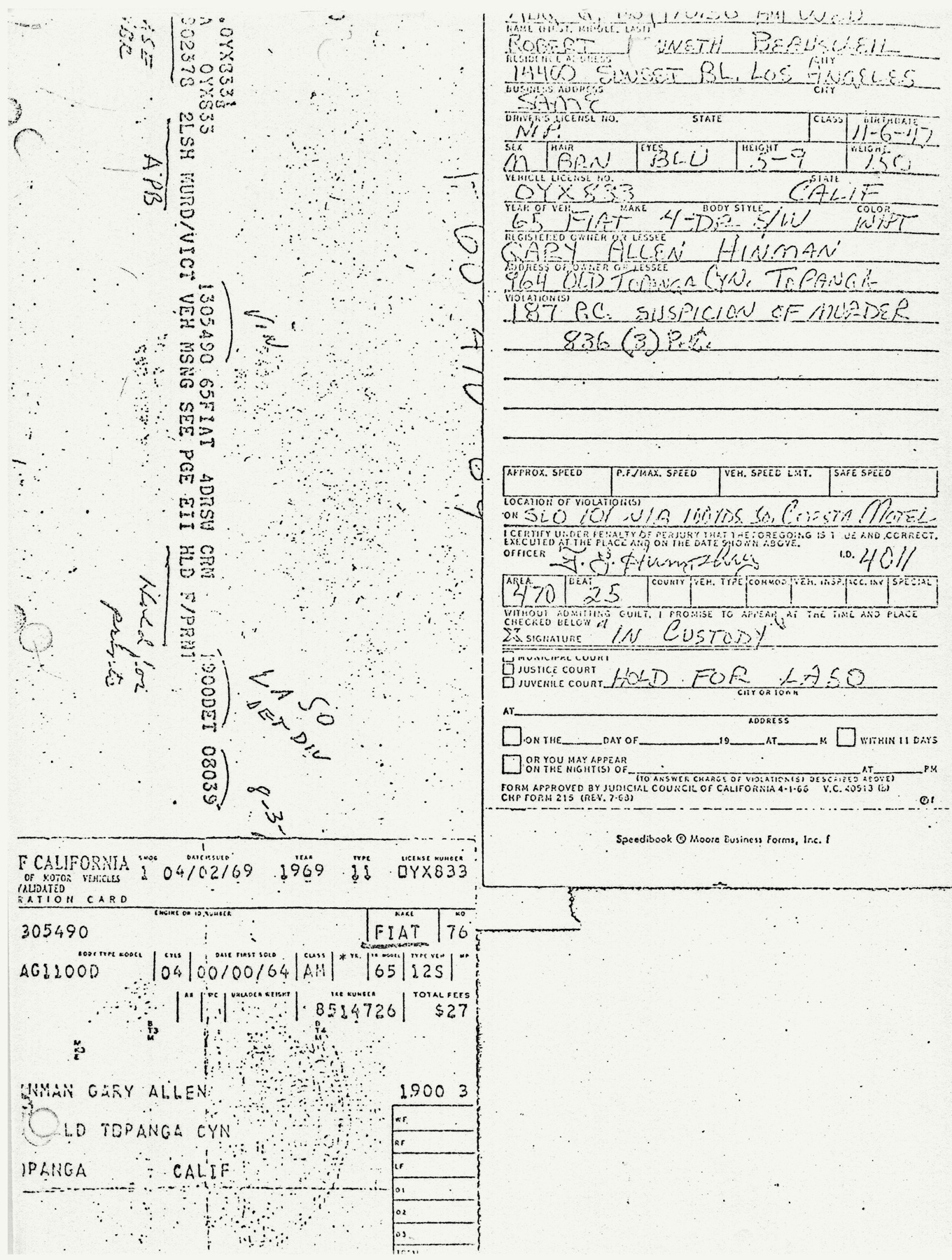