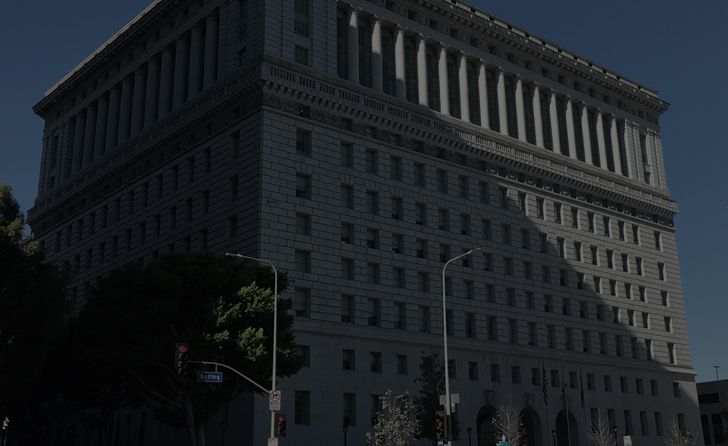 Jul. 6 – The Los Angeles District Attorney’s Office has accused Leslie Van Houten’s attorney of attempting to mislead the court and has once again asked that a hearing for Van Houten be denied.

In January, Van Houten filed a Writ of Habeas Corpus pursuant to People v. Franklin, contending she is entitled an opportunity to establish a record of mitigating evidence of her characteristics and circumstances at the time of the murders.

In a brief dated June 6, Van Houten’s attorney Rich Pfeiffer provided the court a detailed history of unsuccessful attempts made by himself and another attorney representing Van Houten, to get the District Attorney to turn over copies of the Tex Watson tapes. The tapes, which were produced contemporaneous to the crime, would provide unique insight relevant to issues at hand at the Franklin hearing.

“A Franklin hearing is the only way Ms. Van Houten can compel discovery so the parole board and the Governor will have all of the relevant information to use in making their important decisions in this case,” wrote Pfeiffer.

“Nothing could be farther from the truth,” wrote Deputy District Attorney Donna Lebowitz, in a brief filed on June 27. “There is no language in Franklin, supra, that authorizes a court to compel discovery. On the contrary, Franklin allows a defendant, who qualifies as a youthful offender, to present evidence that is in the defendant’s current lawful possession.”

According to Pfeiffer, a Franklin hearing is akin to a sentencing hearing and both parties are entitled to due process that includes discovery.

“In this case, two important pieces of evidence that cannot be presented at a parole hearing that directly relate to Ms. Van Houten’s youth-related factors are Dr. Laurence Steinberg’s psychological evaluation that described the research over the past 10 years regarding the adolescent development for legal decisions about the behavior of young people, and the Tex Watson tapes,” wrote Pfeiffer.

According to Lebowitz, Pfeiffer is attempting to mislead the court, stating that the request for a Franklin hearing is nothing more than last ditch effort to obtain the Tex Watson tapes.

In response, Pfeiffer noted that previous denials did not produce any published authority that could be cited to prohibit discovery.

“While the People argued that other courts have not ordered that the tapes be disclosed to the defense, none of those courts ruled that disclosure was improper,” argued Pfeiffer. “The courts only indicated there was no authority requiring discovery at a parole hearing.”

“Regarding the People’s allegation that Ms. Van Houten’s attorney attempted to mislead this Court by using a Franklin hearing writ to obtain the Tex Watson tapes, those prior attempts were disclosed to this Court,” wrote Pfeiffer. “There has been no deception, there is nothing to hide. However, there is a questionable ethical violation in knowingly possessing exculpatory or mitigating evidence, failing to disclose it, and then arguing inconsistent things to the Supreme Court, Board of Parole Hearings, and to the Governor.”

Authorities in Los Angeles law enforcement have been consistently inconsistent in regard to the tapes.

The Tex Watson tapes are the earliest known documented account of the Tate-LaBianca murders. Recorded before any codefendant account had been made public, the tapes provide an uninfluenced look into the two nights of murder which Watson led. The tapes consist of conversations Charles “Tex” Watson had with this Texas attorney, Bill Boyd. Watson waived his attorney-client privilege in order to have Boyd sell copies of the recordings in 1976 to Chaplin Ray Hoekstra, who was authoring a book on Watson.

In 2008, Boyd discussed having the tapes in an interview with writer Tom O’Neill. The following year, Boyd died suddenly after suffering a heart attack. Within months, his law firm went into bankruptcy.

The District Attorney’s office found out about the tapes in 2011, when O’Neill told Deputy District Attorney Patrick Sequeira that he had been trying to acquire copies from Linda Payne, a bankruptcy trustee who possessed the recordings. O’Neill, through the help of an attorney, tried to convince Payne that privilege no longer existed. Going through two boxes of legal records Boyd had related to Watson’s case, Payne found Watson’s contract with Boyd, as well as the 1976 attorney-client privilege waiver signed by Watson when Boyd to turned over copies to Hoekstra.

Payne contacted Sequeria in March of 2012 and informed him that she would turn over the recordings to Los Angeles authorities. Watson fought the release for nearly a year but ultimately lost due to the contract and waiver. The Los Angeles Police Department took possession of the tapes in the spring of 2013.

Initially, the District Attorney’s office claimed they needed the tapes for use in parole hearings, but to date, have never done so. The Los Angeles Police Department claimed they needed the tapes to investigate a dozen or so cold cases on their books. However, a sealed warrant issued for the tapes in Texas revealed nothing but a fishing expedition, with no nexus to any case in Los Angeles County. When attorneys representing Van Houten began asking for copies, they were told the tapes were a part of open investigation. However, in multiple filings in multiple courts, the District Attorney has never told any court that the tapes were involved in an investigation. In May of 2016, Bill Hayes, Captain of LAPD’s Robbery-Homicide Division, told the Los Angeles Times, there was nothing on the tapes they didn’t already know.

To date, the District Attorney’s office and LAPD continue to object to disclosure of the tapes. The Cold Case Homicide Unit within the Robbery Homicide Division feel releasing the tapes could jeopardize future investigations and prosecutions. They argue that information contained on the tapes that may appear to be innocuous now, could prove significant, if other information develops. These positions conflict with previous actions by the LAPD and the District Attorney’s office. In April of 2012, LAPD Chief Charlie Beck and then District Attorney Steve Cooley both signed an agreement to waive all exemptions and disclose all of the evidence and materials related to the investigation and prosecution of Charles Manson, et al, to the Los Angeles Police Historical Society, a non-profit with no government backing. Accordingly, essentially all of the original case files are no longer confidential.

It remains a mystery why the District Attorney is so resistant to disclosing the tapes. According to what they told the California Supreme Court in December of 2015, the tapes are aligned with the case they put forth during the 1970’s trials.

Lebowitz claims Pfeiffer is abusing the court process by disguising the true intent of his request for a Franklin hearing. But Pfeiffer is adamant that a Franklin hearing is the only way Van Houten can present evidence in support of youth offender parole without the District Attorney using it against her. Pfeiffer wants an opportunity to present this evidence and have ability to cross examine witnesses under oath, something he cannot accomplish in a parole hearing.